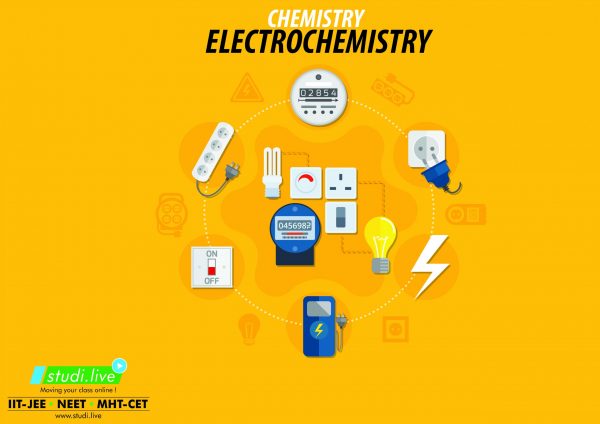 1. Electrochemistry is the branch of chemistry which deals with the relationship between electrical energy and chemical energy and inter-conversion of one form into another.
2. An electrochemical cell consists of two metallic electrodes dipped in electrolytic solutions. The cells are of two types:
(a) Electrolytic cells (b) Galvanic cells
3. A galvanic cell consists of two half cells. Each half cell contains an electrolytic solution and a metallic electrode.The electrode at which- oxidation takes place is called an anode and the electrode at which reduction takes place is called the cathode. The half-cells are separated from each other by means of a porous pot or a salt bridge.
4. The passage of current from one electrode to the other indicates the existence of potential difference between them. This difference of potential which causes current to flow from the electrode of higher negative potential is called the electromotive force (emf).

';
Please Wait till We Load Your Courses